Metro Goldwyn Mayer (“MGM”) is a leading entertainment company focused on the production and global distribution of film and television content across all platforms. The Company controls one of the world’s deepest libraries of premium film and television content as well as the premium pay television network EPIX, which is available throughout the U.S. via cable, satellite, telco and digital distributors. In addition, MGM has investments in numerous other television channels, digital platforms and interactive ventures including Comet, thisTV and Impact, and is producing premium short-form content for distribution.

With Premium Digital TV, on an average 3 month basis, over 92% of video ads are viewed completely1. This highly engaged audience is watching their favorite shows, streaming live sports or watching breaking news and your brand is featured directly in this premium content.

To learn how to advertise on our Premium Digital TV sites, please contact your Effectv representative. 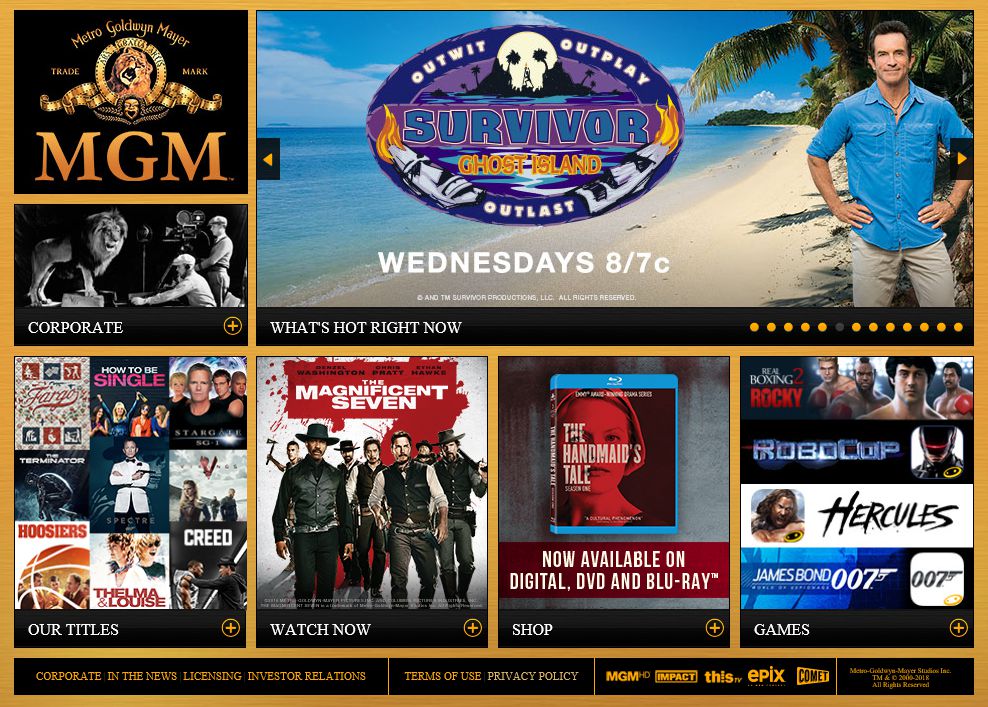 Next
"I have customers tell me all the time they see my commercial online."
Unionville Auto Body
"I’d recommend Effectv to any business interested in growth."
Button Motors
"Effectv's targeted advertising has helped get Pi Dental's message out to the right people."
Pi Dental
"I’d recommend Effectv to any business interested in growth."
Button Motors
"We utilized both on-air and digital. It was all part of the mix that worked."
Godby Home Furnishings
"The reason we continue to advertise with Effectv is we know it's working. "
Belardinelli Tire Company
"It’s the only advertising that I have done in eleven years that has reached that goal."
Quality Pools
"When doing our advertising, I thought cable was out of reach, come to find out - it wasn't."
Hartland Glen Golf Club
"The biggest benefit is the exposure; when customers come in and tell you they saw your ad on TV, you know your investment is working."
Walter Manney
Back to top
​